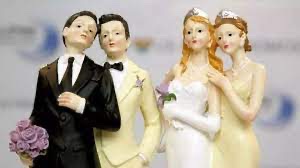 The recognition by the Cyprus Parliament of the right to same-sex civil unions is an important first step towards the elimination of discrimination and the achievement of full marriage equality for (LGBTI) in Cyprus.

Cyprus has made significant progress since the decriminalization of same-sex sex in 1998. This was preceded by a lengthy public debate over the past two years following political promises to recognize civil partnership.

From now on, LGBTI people can marry in Cyprus.

LGBTI activists in Cyprus have fought for this first step towards legal recognition for years. This is a positive moment and there is still a lot of work ahead before everyone can get full equality in marriage before the law.